Some days after upgrading to bbPress 2.3, it was brought to my attention that certain users could not access the forums on my site. They were receiving a 404 Not Found message.

I didn’t notice this because it wasn’t happening to me. It wasn’t even happening to anonymous users that aren’t logged in. In my limited testing, it appears that it was only happening to logged in users who had the role of Subscriber. Other roles such as Editor may have been affected, but I can’t be sure because I don’t have any of those on the site and did not test it.

I searched through the bbPress support forums and saw that other people were having this problem in previous versions, but I didn’t see that anybody had mentioned it for version 2.3. In a previous version, a user there had fixed his problem by running one of the bbPress admin tools. So I gave it a shot and it worked for me on this version.

If you’re having this kind of problem, try doing this in the WordPress admin to see if it helps you. 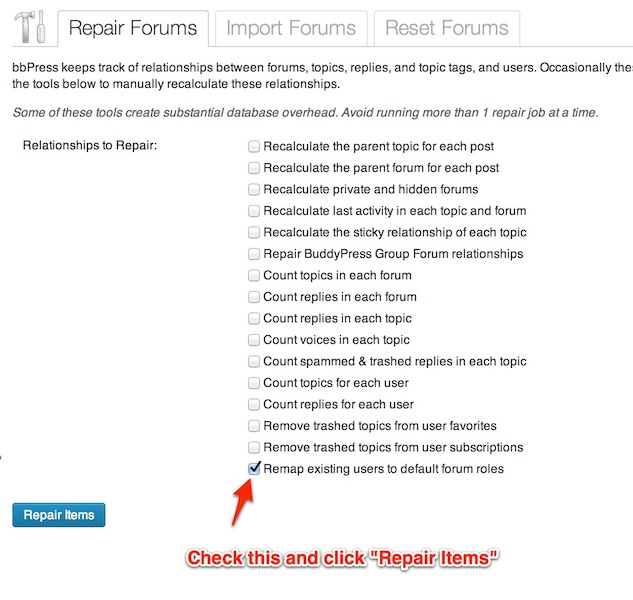 On my small forums, it ran quickly and fixed the problem. Hopefully it’ll fix yours too.