I was poking around some photos from a couple months ago and ran across a few I had forgotten about. I do that often. Forget, I mean. Hey, I can’t remember everything! Or sometimes anything! Anyway…

My wife and I often go for rides “in the country”  on the weekends. We just hop in the car and go where the forces of the universe take us. We often have no idea where we are, and we like it that way. We see all sorts of cool things on our little travels, the coolest of which almost always happen when I don’t bring my camera.

One day we were tooling down this little two-lane country road when we came around a “bend” (that’s country folks speak for “curve in the road”) and were greeted with a large flock of black vultures having a snack in the pasture just off the road. I practically slammed on the brakes, barely avoiding a case of whiplash, so we could hopefully observe this beautiful act of nature. I mean, it’s not all that often that I get to see a flock of vultures on the ground, especially close enough to photograph in a semi-decent way.

Normally any sudden changes in activity, like a car coming to a complete stop in the road, would spook even the bravest of wild animals. Let’s face it. Wild animals don’t particularly care to be around us humans. And who can blame them really? But these vultures just sat there – eating, playing, and keeping a close eye on us. The males, or I assume it was the males, would have little fights over who would get to eat. You know, the survival of the fittest and all that. It was a beautiful thing to witness. Although after seeing this photo I’m sure some would disagree with me. But hey, this is nature at work. Besides, don’t ya just love it when the waitress brings out that hot slab of grilled meat? 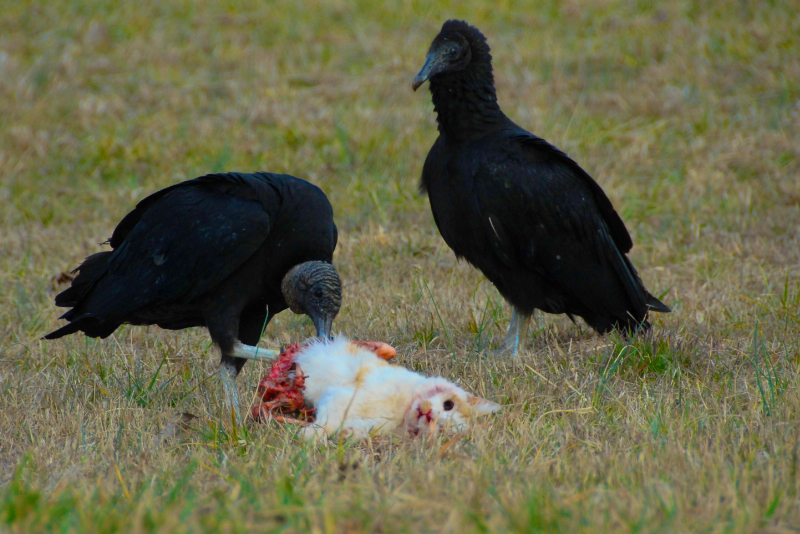 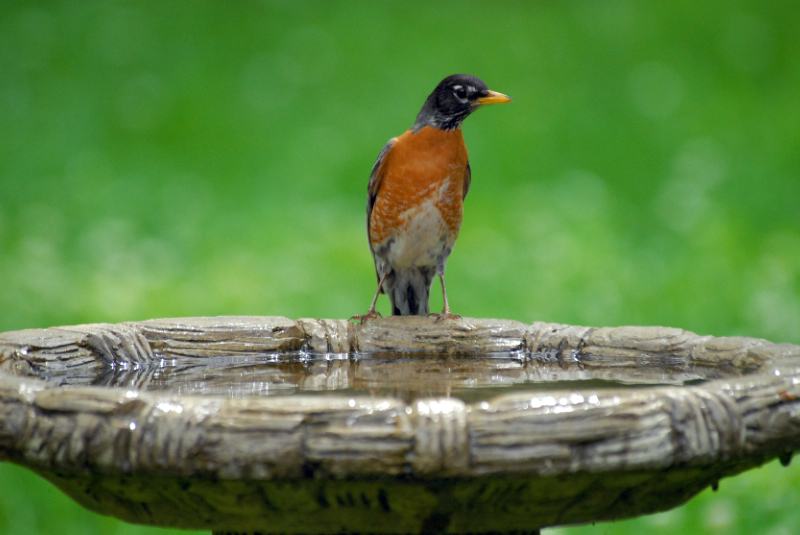 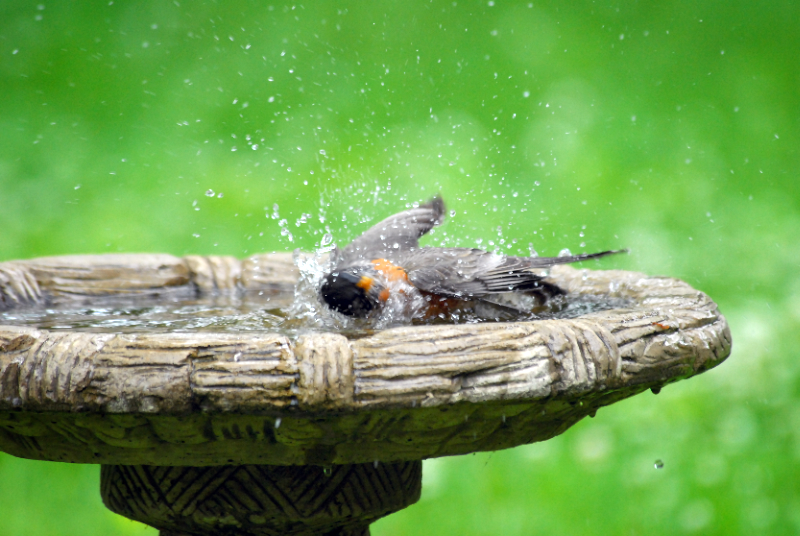 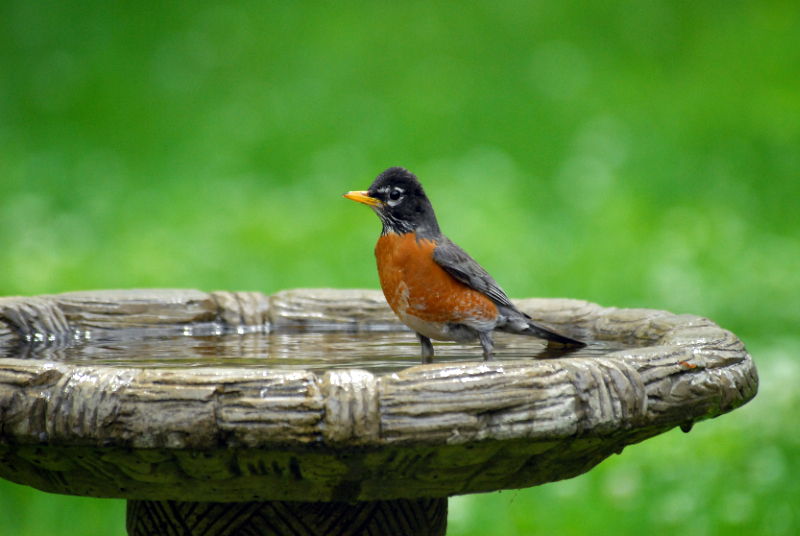 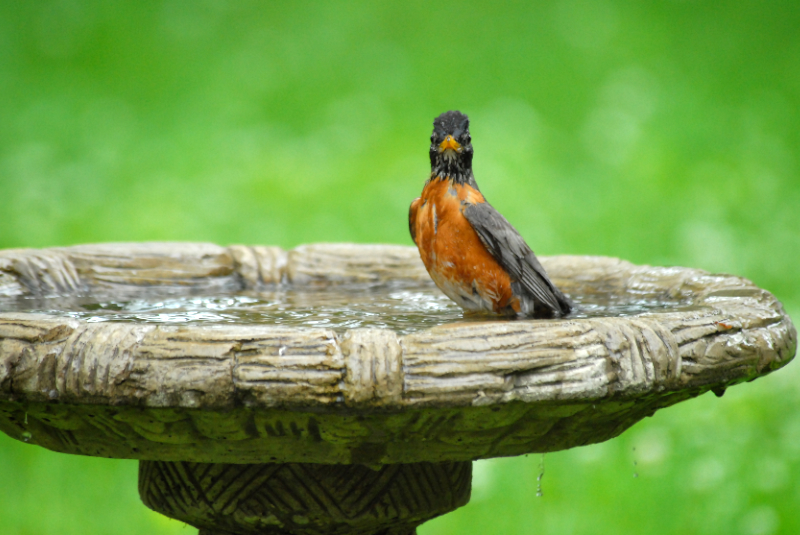 While sitting in the den looking out the big window into the back yard, and meandering around the back yard examining what nature has to offer, I’ve noticed a lot of things that differentiate this spring from last. There are far more flowers, buds, and growth on the plants and trees. Everything is growing like crazy. I guess this beautiful spring with all the rain has made a big difference.

I’m also seeing a lot more ants, worms, squirrels, and birds. In particular, I’ve noticed more red-bellied woodpeckers than in the past. I guess it has been a good year so far for them. And they love the pecans trees around our yard. It’s fun to watch them move around the trees really quickly, hanging upside down at times, snatching up all the tasty bugs that are living in the trees. These boogers are fast too. I’ve been trying to get a decent photo of one of them for a few weeks now. It’s proving to be a difficult task. Red-bellied woodpeckers seem to be uncomfortable with human presence. More so than a lot of other birds that will tolerate me sitting on the back porch or poking my head out the window wielding a big ole hunk of black metal that looks like a canon.

I’m still working on getting closer and closer to these birds. Once they get to know me they get a little more comfortable. I haven’t gotten any near as close as I’d like, and a bird blind may be required to get any closer. Here’s about the closest I’ve been able to get so far, and this is cropped to get in a little closer. It’s not the greatest photo, but I just love the colors and designs on these birds. Hopefully with all the red-bellied woodpeckers spending their time foraging in my back yard, I’ll be able to get a little closer to one of these beauties. 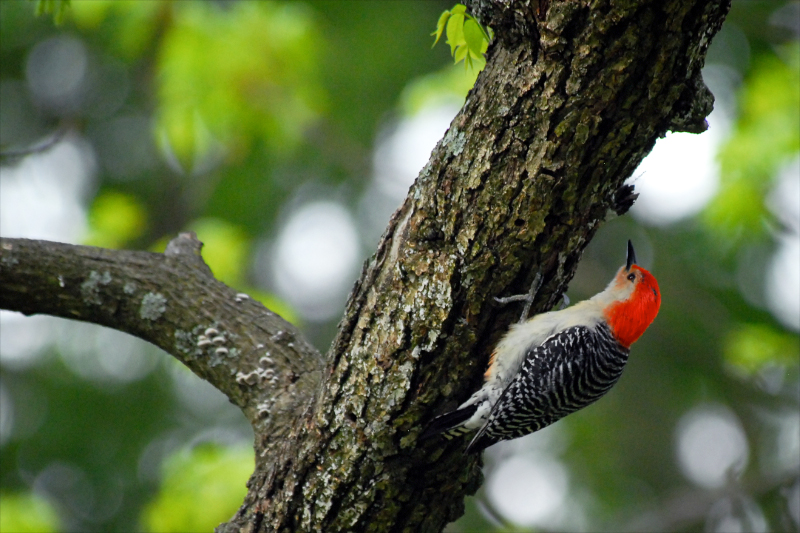